The main road through Volgograd, in the central district at least is called prospect V.I Lenina.  Most streets have the prefix Ul. (for Ulitsa, the Russian word for street), but VI Lenina gets a P because it is an important road.  For most of its length through the central district, it separates into two carriageways forming a pleasant island-park down the middle of the road, containing gardens, fountains, statues and a few café bars. 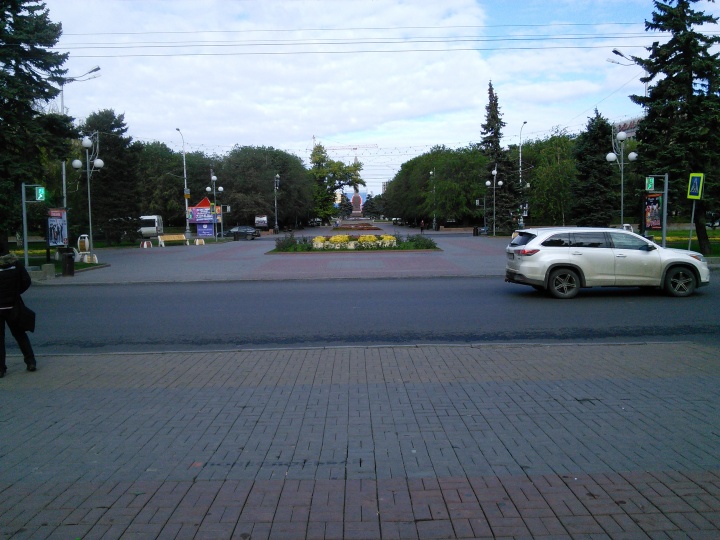 Heading north, across the bridge, in my first few weeks, I saw an abandoned industrial railroad, obviously unused in many years with bits of rail missing.  Last week something changed.  The rail was all there, there were fresh stones all along the track, and men working along the route.  The railway is being made operational again, for reasons unknown to me, but probably related to the 2018 World Cup, which has prompted substantial activity across the transport infrastructure.

Further up and into Voroshilovskiy itself, and there is a military building – I have seen soldiers going through the gate.  The interesting thing about this building to me is that it is the only one I have seen so far that still bears the city’s pre-Cold War name of Stalingrad.  Even the Stalingrad Tractor Factory was renamed. 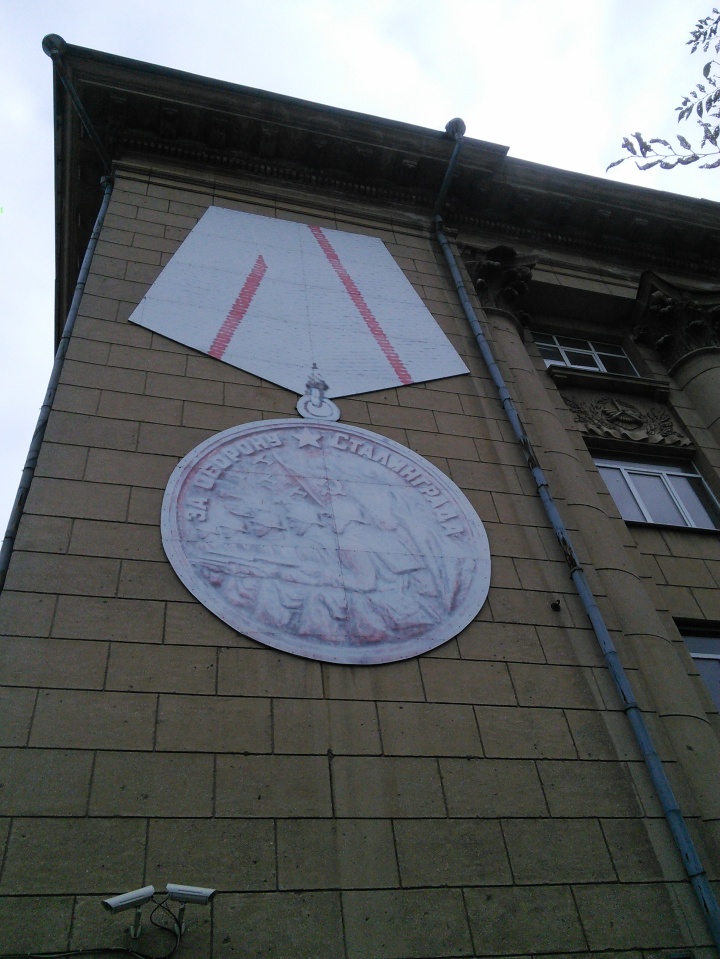 Carry further on, past the mall I visited over the weekend, and my school’s Voroshilovskiy office, and there is a theatre.  After this the road veers across and joins with the other main road through Volgograd, which is ul. Rokossovskogo (or to me, KFC road).  This happens just a little further south of our Sovetskiy office, which is as far south as I have been.

So let’s turn our attention north to the Central Rayon.  My apartment is officially at no.1 ul. Sovetskaya.  The dual-carriage Lenina has two companion streets on either side, Sovetskaya is between it and the river, on the other side is Mira.  Mira ends at the Planetarium, and it is there that my school’s main office is located, about seven blocks north of me.

Today I spotted the Volgograd Oblast Duma on Lenina, pretty close to my block.  Volgograd is the name of the city, but it is also the name of the local regional area – Russia is divided into oblasts, kind of equivalent to English counties or French departments, certainly nothing like as independent as American states.  Duma is the Russian word for parliament, so this is the regional legislature. 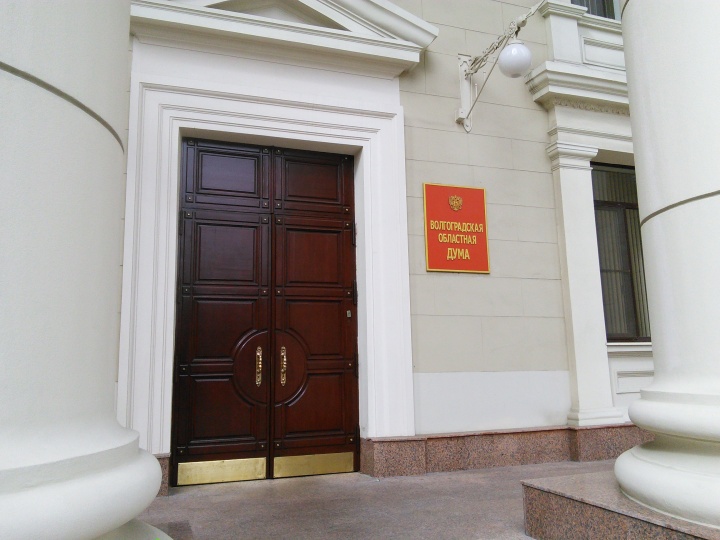 A little further down there is a wide boulevard that bisects Mira, Lenina and Sovetskaya all the way down to the Embankment.  It has patterned brickwork, tree-lined lawns, on weekends and holidays it is lined with people selling art, trinkets and souvenirs.  It is like Paris’s Left Bank or London’s South Bank (or Jesmond’s Flea Market, I suppose, if anyone is familiar with Newcastle!). 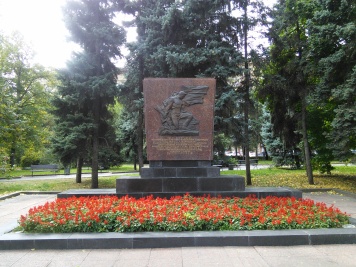 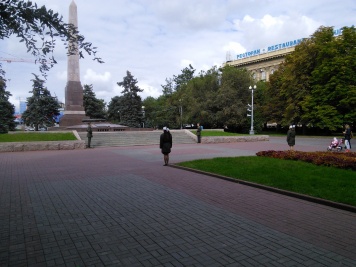 There are war memorials on this boulevard.  Today I saw four soldiers – two men, two women – guarding a flame beneath a needle-shaped monument.  This time it was the women doing a silly march.  I also found an ancient poplar tree that miraculously survived the carnage that was the Battle of Stalingrad. 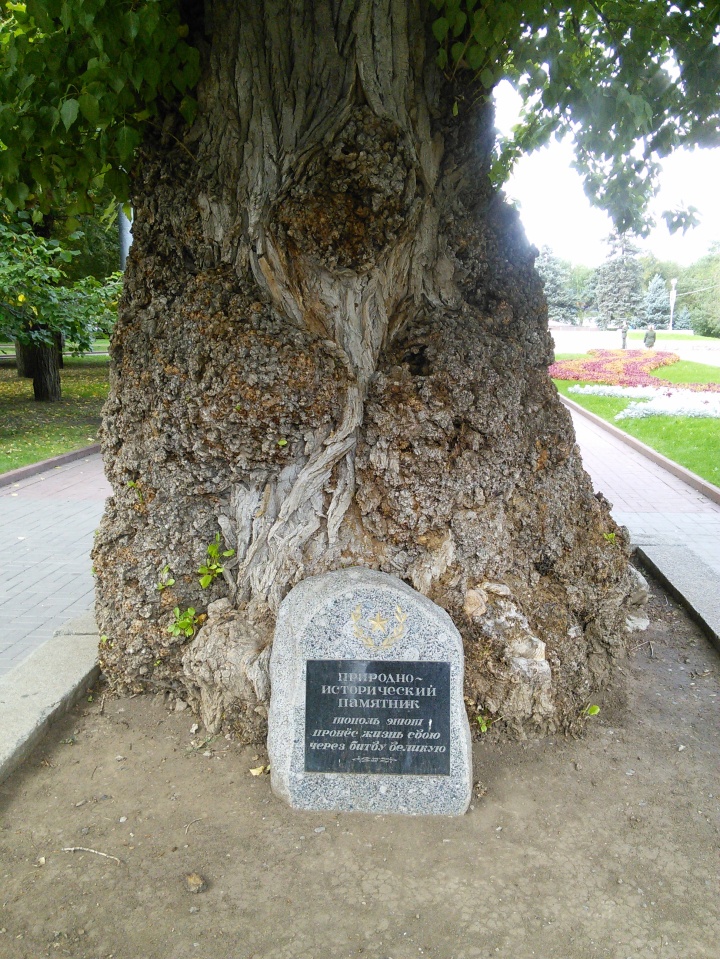 Back on prospekt Lenina, one can walk down the mid-carriageway island and see gossamer swans, or giant bronze children. 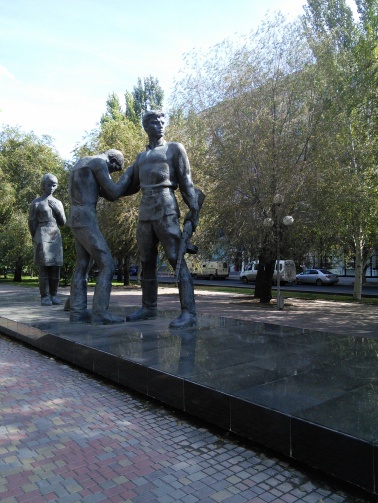 Beyond the point where Mira ends, Lenina leads on to Lenin Square, with the statue of Lenin and the main tram stop.  Further north you will find the first bridge across the Volga, then the stadium and the Mamayev Hill memorials.  Lenina and the tram line continue together all the way to Tractorniy, where the tram line stops and Lenina carries on north alone.