Instead of going directly to the Kremlin, we decided to explore some of the art on the Underground network. 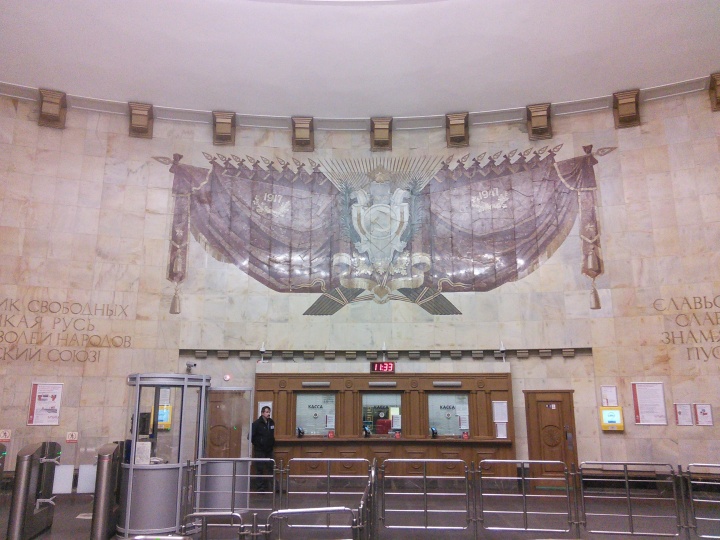 There is some beautiful art on Moscow’s underground, which was opened in 1934 as a showpiece of Stalin’s regime. 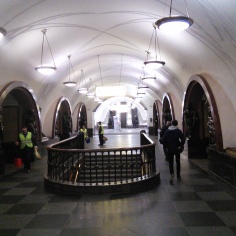 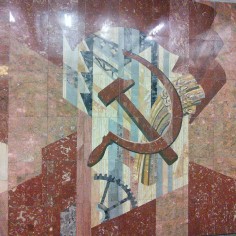 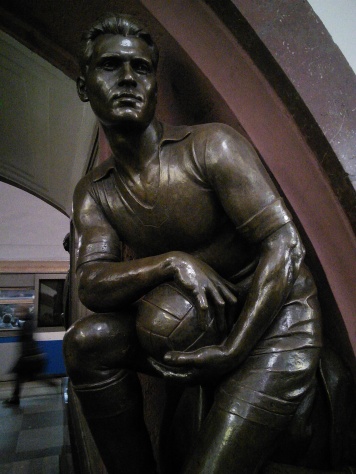 Everyone rubs the dog’s nose on the way to work!

We went to the Kremlin, but the Kremlin was closed.  This is a regular thing on Thursdays, apparently.  I took a few more pictures of the walls and gates. 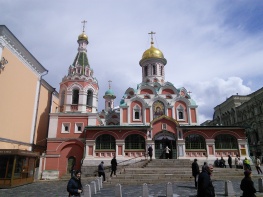 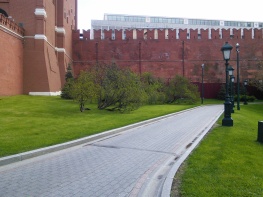 We were lucky enough to catch the moment of the changing of the honour guard at the Eternal Flame.  And then a little old lady asked Janna to take some film of the Alexander Gardens tulips, because she didn’t know how to use her grandson’s video camera.

We decided to go to the poet Pushkin’s house.  We passed a lot of public art on the way. 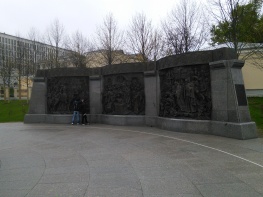 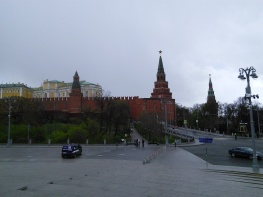 A monument to someone 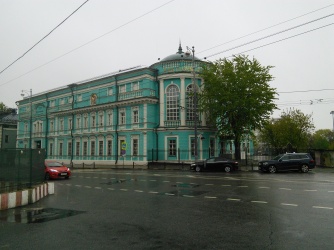 Institute of the Russian Language

We also faced a lot of varied weather!

After a lot of backwards and forwards and following signs and trying to read Google Maps, we eventually found Pushkin’s house.  And it was spectacular!

Pushkin was a poet of Russian and Abyssinian descent.  He grew up during the turbulent times of Napoleon’s invasion and spent his earliest and later years in Moscow with periods of exile between.  His greatest work is probably “Eugene Onegin.”

He was inspired by Byron and Shakespeare, amongst many others, and while he was a successful writer, he was already a privileged member of society with a celebrated father.  His house was certainly the house of a wealthy man. 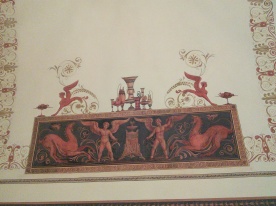 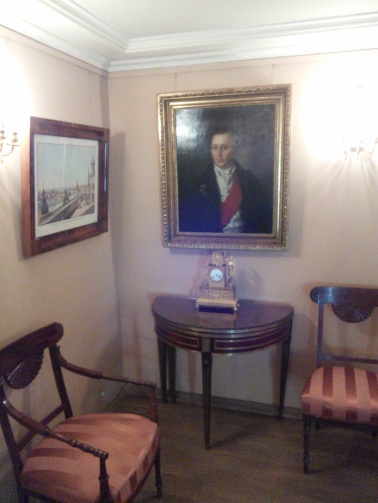 Our next intended destination was the Museum of Chess which I had seen marked on a street map, and thought would be an interesting place to visit given Russia’s many great chess grand-masters, such as Spassky, Karpov, Kasparov and Kramnik. 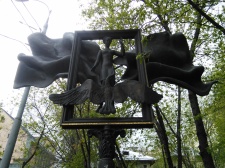 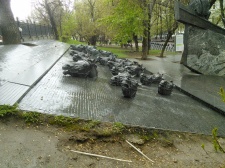 Again on the way we passed lots of interesting street art, not least the “drowning horses” sculpture.  We found the Museum of Chess and tentatively went inside but it seemed very un-museumlike, having more of the appearance of a school or someone’s home.  After going through a couple of doors without seeing anyone or any kind of reception desk, we decided it was a little to weird and strategically withdrew.

Janna wanted to visit the Cathedral of Christ the Saviour which was certainly an impressive building.  Photography was not allowed inside but I can report the murals and stained glass were beautiful, particularly the images on the high ceilings. 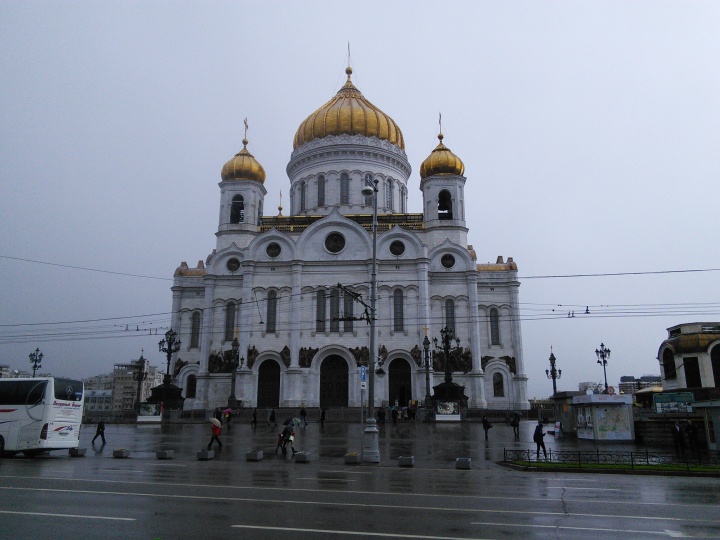 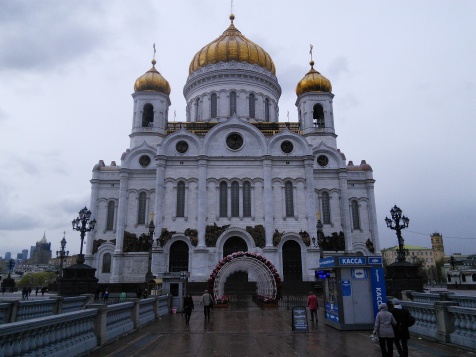 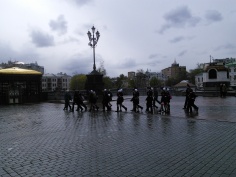 We next headed to the Bolshoi Theatre, one of Moscow’s most famous buildings, but really a very expensive and exclusive theatre.  We took a look in the shop to see if there might be any nice souvenirs, but even the shop was exclusive and surprisingly small.

We had to go through a side door, through a security check-point, and then there was an usher in a chair who stood up every time anyone walked past, he looked quite old and I felt guilty at making him stand up twice.

Apollo’s chariot, above the entrance

Our quest for dinner that evening involved a long walk, lots of rain, and aching feet, but a very satisfying meal at the end of it (though not a very Russian one).