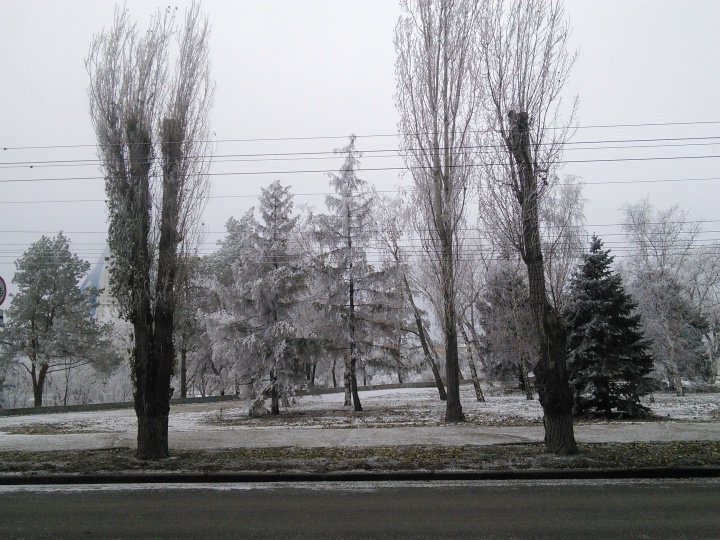 It has been cold for a few weeks now, but for Russians, 1st December is the “first day of Winter.”  In Volgograd there has been a little snow, but just as frequently we are showered with tiny little shards of frost that have formed on the overhead cables and trees, forming tiny little needles, which then blow off with the wind.

Walking across the Astrokhansky bridge this morning it was particularly cold – my hands were painful just taking photographs for a few minutes.  I think it is because on the bridge there is nothing between me and the easterly Siberian winds.  The frost forms quickly into sharp giant crystals, directed by the wind into a uniform pattern.

For some reason the city has declared a war on bus stops.  Every bus stop has been pulled up, the shops and kiosks attached to them knocked down, and now they are gradually being replaced by thin glass shelters that are angled in exactly the right way to provide zero protection against that Siberian wind.  True, the new shelters have roofs, but they are open on 3 sides so the amount of actual shelter provided is likely to be minimal.  It all seems very pointless. 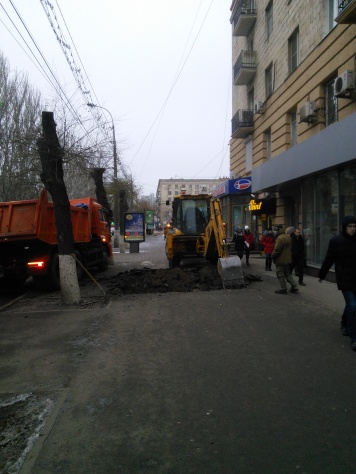 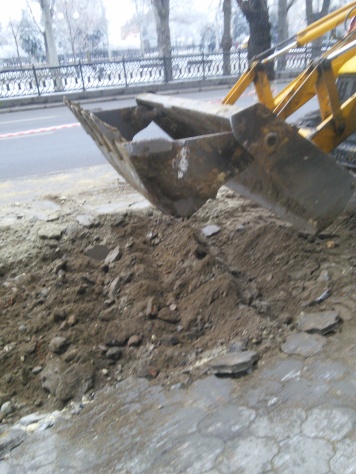 To me the interesting part is that the bulldozers doing this work are digging up the pavement while pedestrians and shoppers walk around them.  It seems very dangerous, all that large mechanical plant, the concrete and rubble, and who knows what electrical wiring and gas piping from the dismantled kiosks.  I guess the digger drivers know what they are doing and check before they reverse or swing their digger arm around, but I have walked past them in action a couple of times and with limited space on the pavement it is very difficult to give them a wide enough berth! 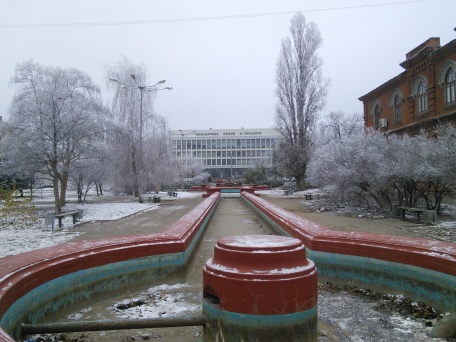 One thought on “Scenes of Winter”