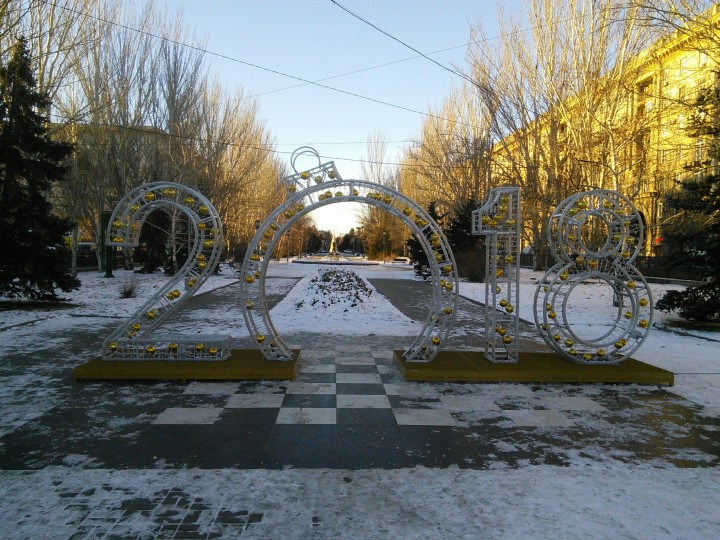 Merry Christmas!  Of course you all know that the Russian Orthodox Church still follows the Julian calendar, so to them, December 25th falls on what we now call January 7th. Even though the Orthodox faith has undergone a massive revival in the 25 years since the collapse of the Soviet Union, which discouraged religious practices, New Year remains the major holiday of the season for decorations and exchange of gifts, with Christmas almost an afterthought, only really celebrated by the truly devout.  If anything it marks the end of the holidays when everyone must get ready to return to work.

This year I am fortunate to have had 8 full days of holiday from 1st January through to the 8th, returning to work on the 9th.  Some offices open on the 8th, so I dodged a bullet there (sorry Peter!) and some teachers have had to work through the holidays at Winter Camp (sorry Wesley!).  But me, I have had a welcome week-and-a-bit-long break.

We started the year with a party for all the foreign teachers at Francesca and Mauro’s place.  We had pasta made by the hosts, plov (a rice and chicken-based dish) made by Peter, Wesley brought the drinks, and I brought cakes and biscuits.  At my insistence we all trudged into the central square for the New Year countdown, but it was all a bit underwhelming.  There was no countdown, just a speech from the President followed by a couple of cheers, some weak fireworks, then the usual dancing Grandfather Frost (looking more and more like Santa Claus every time I see him).  There was no snow this year, no spinning, dancing crowds of people, only one or two random people wishing us “s novom godim” (more or less “Happy New Year”).

We stood around for 20 minutes or so waiting for something to happen then decided to leave.  We made our way to Alaska Bar, at first we thought it was closed and went past it only to notice people inside through the window.  So we went inside.  Or rather I went inside, thinking everyone else was following me and found myself alone.  I came back out again and found them all checking their wallets to see if they had any money, and all of them decided they needed to go to the cash machine.  I made the observation that they didn’t really seem that keen on going to the bar at all and maybe we should just return to the flat where there was already a paid-for supply of alcohol waiting for them.  This met with general agreement, so that’s what we did.  The party fizzled out not long after that.

I spend New Years Day relaxing, and on 2nd January Wesley went off to Summer Camp and I started cleaning (and tidying) the flat up for my friend’s visit.  On the Wednesday we stayed in the city, on the Thursday we went ice skating in Volzhsky (also paying Peter a visit), on the Friday we went to Krasnoarmeiskiy Rayon and on the Saturday we visited the new Russian History museum.  I will write more about some of these adventures shortly, maybe not the ice-skating though.  I’ll reveal one thing… I didn’t fall on the ice. 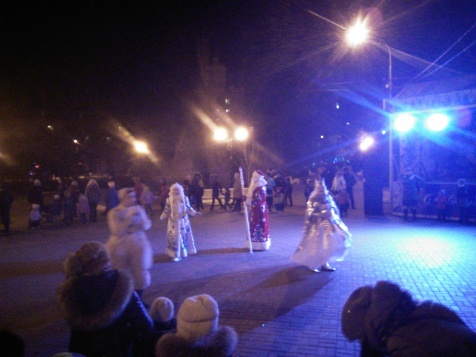 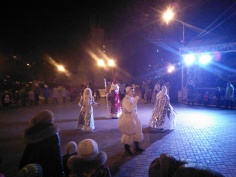 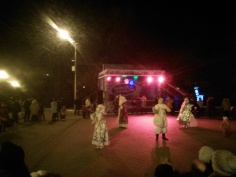 For now I will share a few more pictures of some holiday dancing from our walk in the park on Wednesday 3rd.