In 1763, Catherine the Great, Empress of Russia invited emigrants from other European countries to come to Russia, settle there, farm Russian land and their cultural and religious freedoms would be protected.  Many settlers from across Germany accepted this offer and over the following decade, huge numbers of them moved to Russia and set up communities up and down the river Volga.  They became known as Volga Germans, and one of these settlements, just to the south of the city of Tsaritsyn, was called Sarepta.

It became a well-known community producing both notable scientists and quality produce, in particular mustard.  There was a time when the mark “Product of Old Sarepta” was a guarantee of quality recognised throughout the world.  For a century and a half it thrived, keeping German languages and traditions, and the Lutheran religion, in the heart of Imperial Russia.

Sadly the promises of Catherine the Great were not upheld by her successors and over the decades, the rights and freedoms of the Volga Germans became more restricted.  Following the First World War and the Revolution, Germans were regarded with suspicion, no matter how naturalised they had become.  When the Second World War loomed, Stalin felt he could not trust the Volga Germans, and had all of them evacuated to Siberia, Kazakhstan and other out of the way places. Ultimately very few of them came back.  When they did they found their town had been co-opted into a district of Stalingrad, the district of the Red Army, and it’s modern name, Krasnoarmeiskiy reflects that.

In 1995 (thanks to the efforts of a local dignitary called Popov) the old town square of Sarepta was re-opened as a museum.  The rest of the old settlement was long ago knocked down and replaced with modern buildings, mainly apartment blocks, but the old square and the buildings surrounding it survived, though many had been repurposed or allowed to fall into disrepair.  The museum seems to be a work in process with all the buildings undergoing renovation to varying degrees, and only parts of them open to the public.

There is a tourist information office and ticket office, this is the first building you come to as you enter the square.  They recommend you visit the building on the opposite side of the square first.  This, they say, is a haunted building and many people have seen ghosts there.  We didn’t see any ghosts, but it is an interesting museum full of artefacts showing the activities that the citizens of Old Sarepta would have done on a day to day basis, such as making wine, beer and mustard.  There is an exhibition of some of Sarepta’s most successful people and their achievements, and a plan of the original settlement including its defensive measures and weapons.

The wine cellar is very dark and gloomy and it is quite easy to imagine there may be ghosts there. 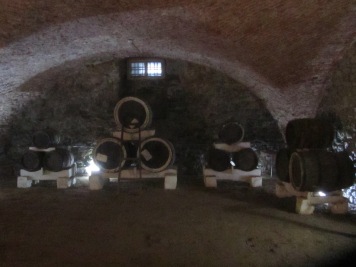 The next building is a pharmacy.  It is not so different from some modern pharmacies, but there are displays of old medical equipment that the Sareptans would have used.  There are also a couple of fully furnished rooms – a living room and a bedroom, possibly showing how turn-of-the-century Sareptans would have lived. 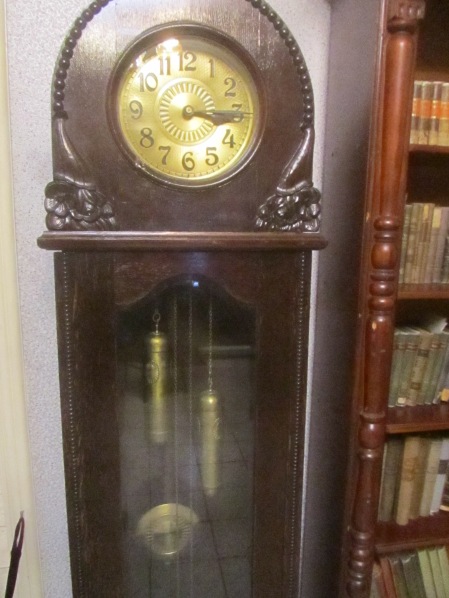 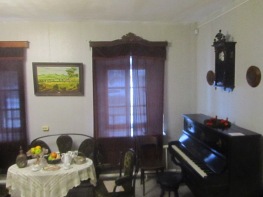 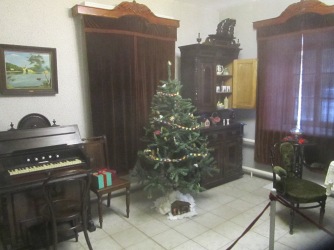 There is a building that is not open to the public called the Pastor’s House – this is obviously where the Lutheran pastor lived.  The third building we went into was a library.  It was full of German books – not even old German books, many of them were from recent decades.  It got me wondering who the books are for and how did they come to be here?  There are many Russian books in the library also, but the predominant language is German, even though this is a new library in an old building, not a replica of a 19th-century German library.  Perhaps there are more German-speaking Sareptans who returned to Volgograd than I was led to believe? 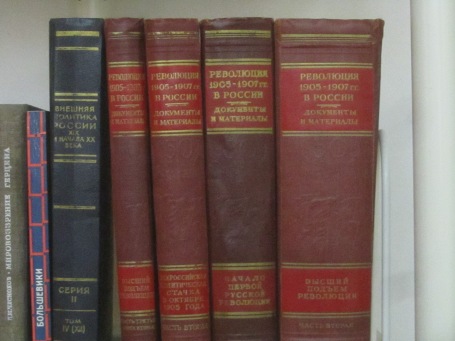 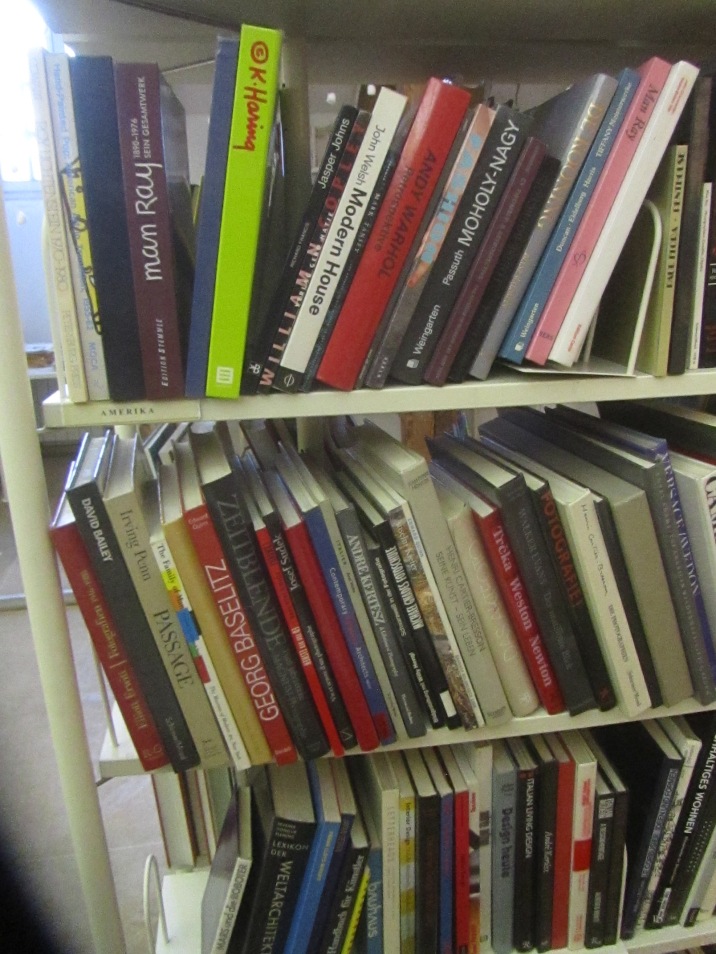 The most beautiful and best-preserved (or best-renovated) building is the Lutheran Church.  The lady in the church explained it is still a working church with services every Sunday and music concerts every Saturday.  All denominations are welcome but it is predominantly a Protestant Lutheran church.  Services are in Russian and in German.  It has a fully functioning beautifully detailed pipe organ.  It was renovated with donations from overseas, predominantly from Germany but many other countries also.  In the Soviet era it had been used as a cinema theatre. 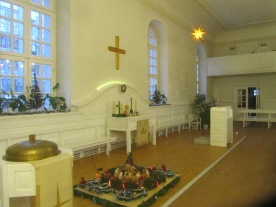 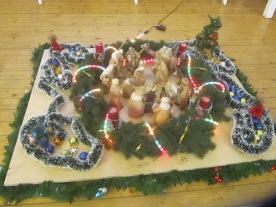 The square itself is very pretty – there is a Soviet memorial needle in the middle but the pathways and the trees are the same as they would have been in the time of Old Sarepta.  It is a fascinating place to visit, I knew about the Volga Germans but I did not know so many still lived here, or that there is a functioning Protestant Church here.  It is a shame that Krasnoarmeiskiy is such a distance from the centre – 2 hours on the bus – otherwise I might come to listen to the concerts sometime. 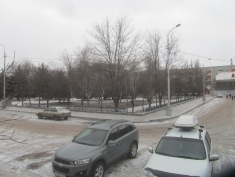