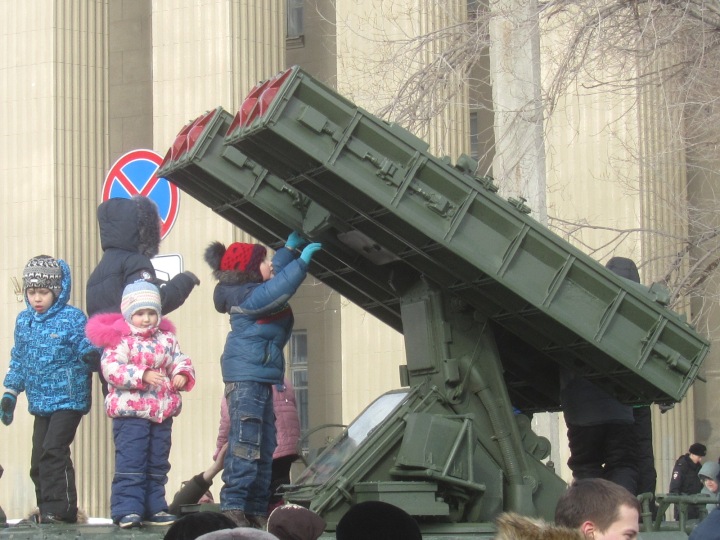 Friday 2nd February was the 75th anniversary of the final surrender of the German forces following the Battle of Stalingrad, and thus an important day for Volgograd and for Russia as a whole.  In Volgograd it was designated a holiday, although my school remained open. 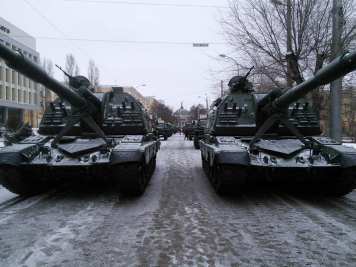 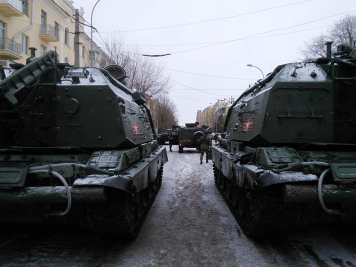 We had been seeing preparations for the celebrations all week – helicopters and jets noisily flying overhead, and dozens of large armoured vehicles parking right outside our classrooms – to the students’ excitement and the teachers’ exasperation.  And it was rumoured that the President himself, Mr Putin, would be visiting the city to pay his respects and take part in the celebrations. 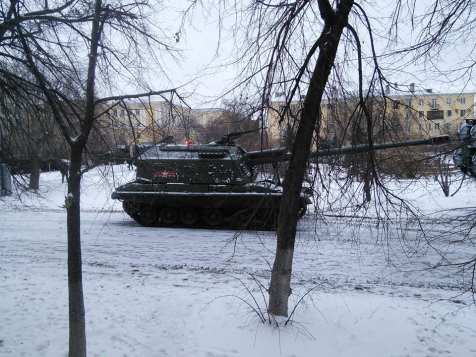 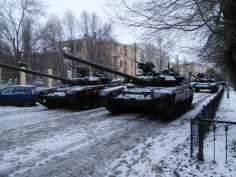 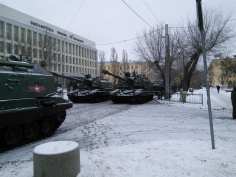 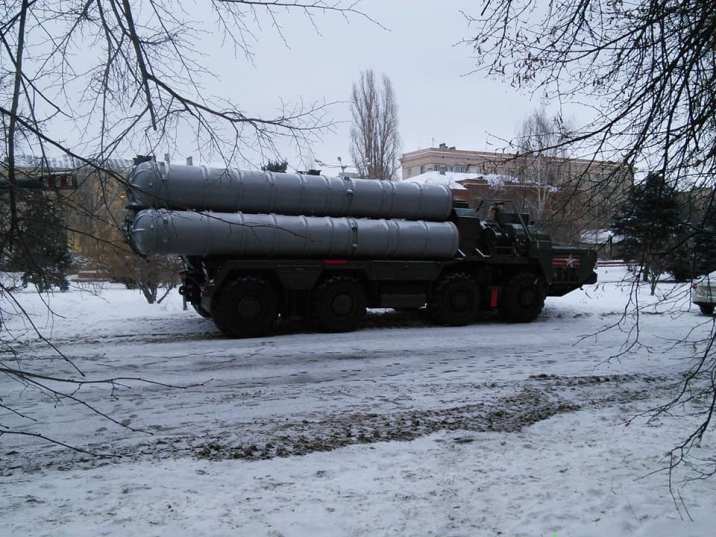 Despite the school being open we expected a few cancellations, but following an unfortunate sequence of events which led to the departures of our Italian colleagues Francesca and Mauro this week, they had to do a lot of rescheduling anyway.  So on Friday morning I was despatched to the far northern end of the city, at Traktorniy, a long way from the celebrations.

My first student was a volunteer in a cadet force and straight after my lesson he was due to go to the celebrations in Liberation Square in which he was participating with his troop in a display.  I asked if he would see the President and he told me the President was going to be at Mamayev Hill (the memorial with the giant statue).  After my second lesson I packed up and headed south hoping I might not have missed the whole party. 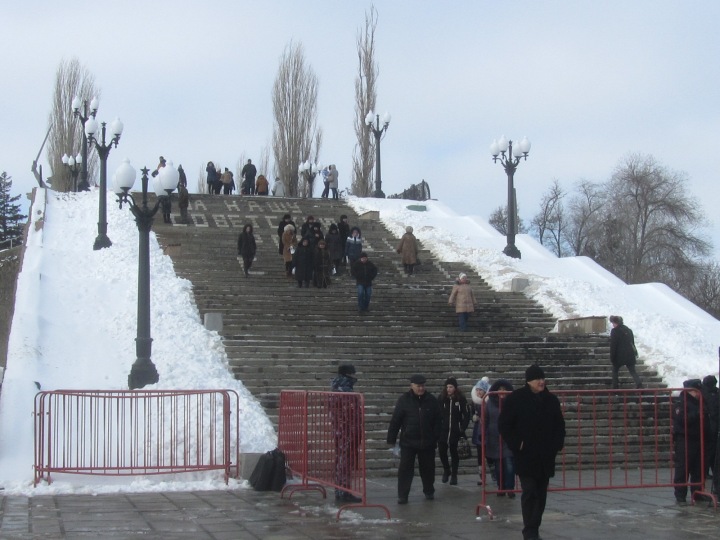 I got off the bus at Mamayev Hill and saw lots of police, with a checkpoint across the usually unsecured entrance to the giant staircase leading up to the promenade.  Could the President still be there or had he long since left?  I didn’t see any presidential motorcade, and the number of policemen seemed suspiciously small, as did the remaining crowds on the promenade.  A couple of aircraft could still be heard flying behind the clouds but it was only sporadically that they broke through so that we could see them.  And when they flew away, it seemed like things were winding up. 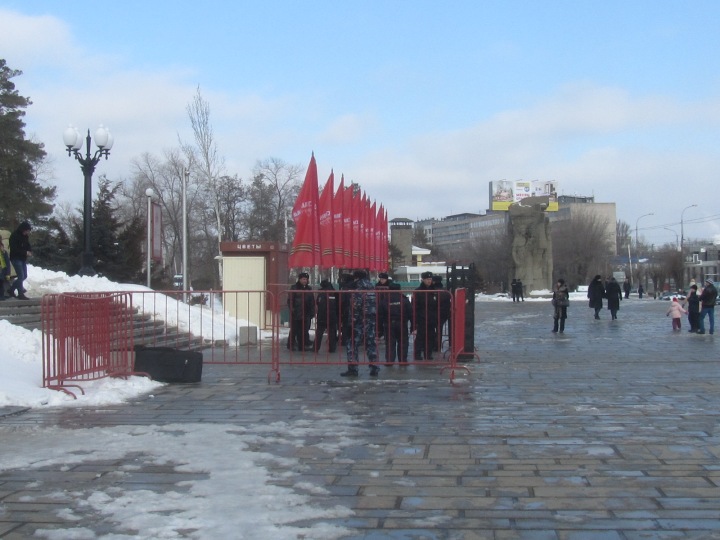 I didn’t bother going through the checkpoint to explore Mamayev Hill (it’s quite a walk, uphill!) and continued back to the centre of the city.  When the bus reached Lenin Square, the square (and soon after, the bus) was absolutely packed.  I figured it was a good time to get off.  I could also see quite a lot of military hardware had been set up outside the Panorama Museum for people to look at and children to climb on, so I decided to get a closer look at it. 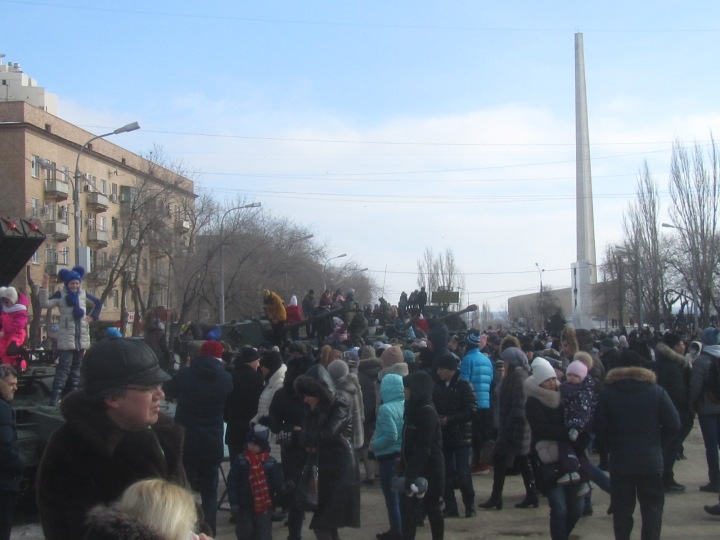 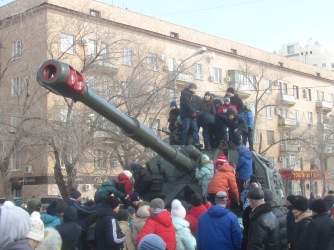 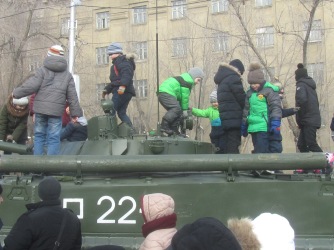 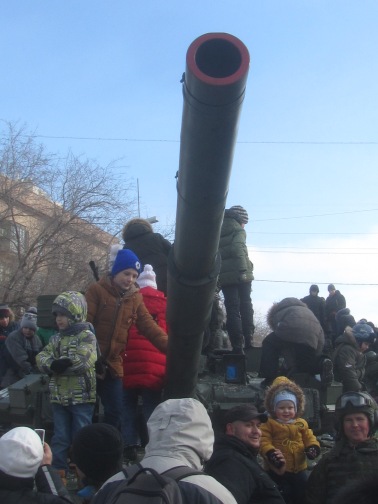 I took a few photos and took a look across the river.  I had been told earlier in the week by another student that last year they had had boats crossing the water just like 74 years earlier in a re-enactment of parts of the siege.  This year there were no boats on the river, just big clumps of ice.  There was a stage with people singing, a large crowd, and booths selling souvenirs, food, and I don’t know what else. 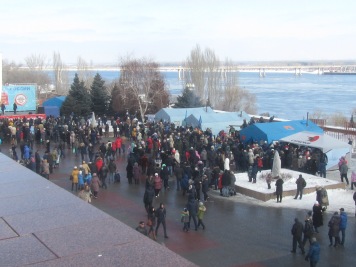 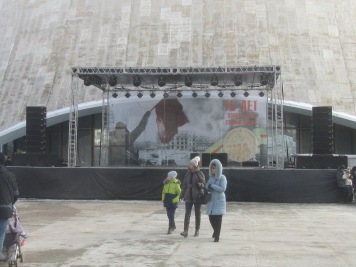 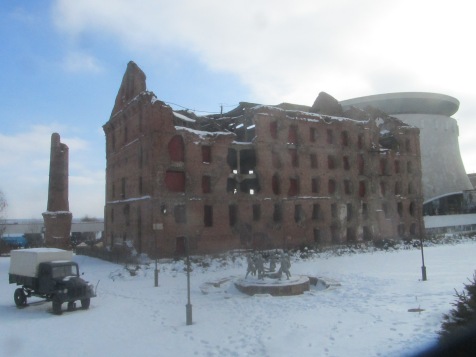 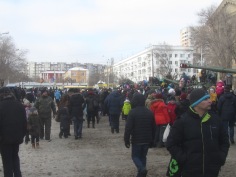 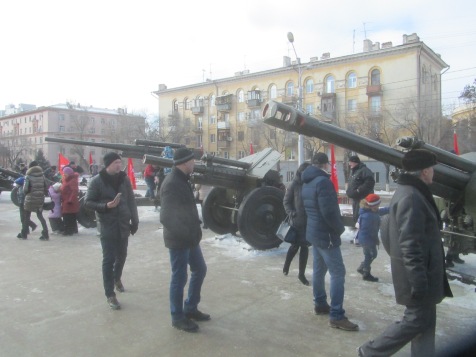 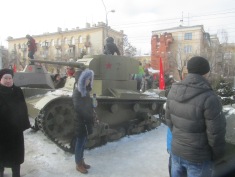 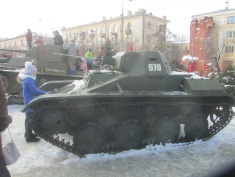 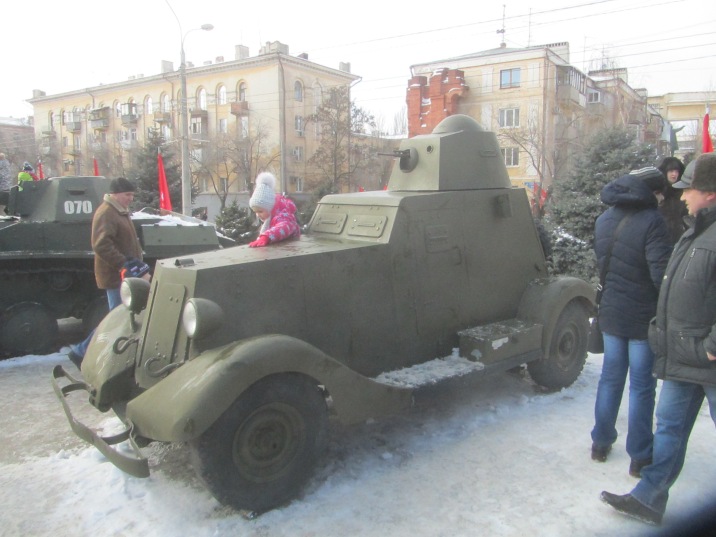