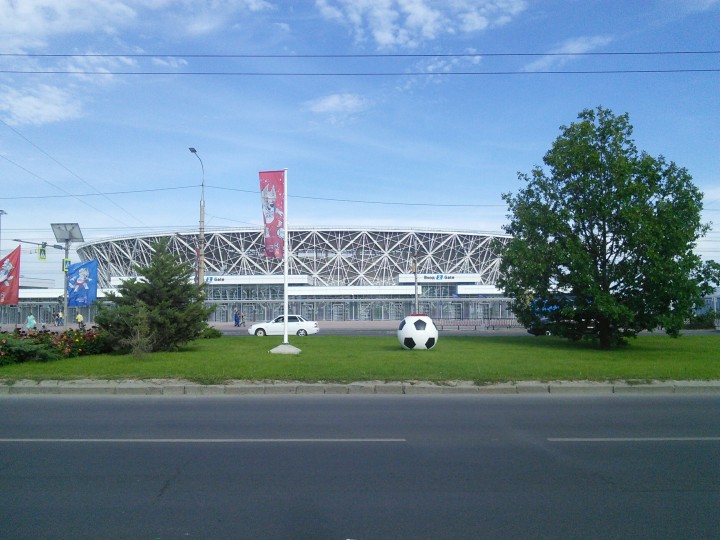 The first match here (there will only be 4) takes place on 18 June – it involves England so naturally I have tickets and hopefully will let you know what its like watching a World Cup match in Russia! 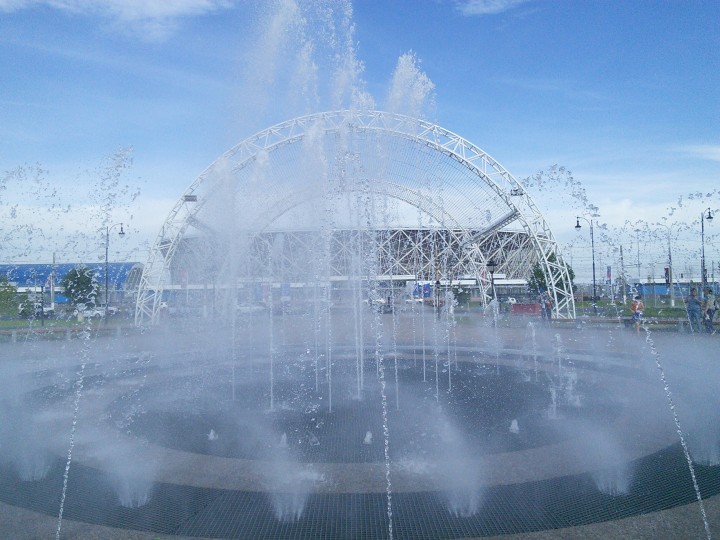 Today I had a couple of lessons in Traktorniy so I hopped off the bus at the stadium to take a few pictures, particularly of the stadium park which sits under the watchful sword-hand of the Motherland Calls statue.  There is a beautiful fountain, there is a scaffold-like tunnel leading to a scaffolded stage, there are many beautiful pathways and lawns and young trees.  There is a new railway station – this surprised me as I had no idea that Volgograd even had a suburban railway.  But apparently it does now.  Perhaps it joins up to the new railway that goes past the Russia My History museum, which so intrigued me while it was being built?

Of course on Monday this place will be absolutely crowded.  Mainly with local fans and Russians from other cities, but there will be a few thousand England supporters, and at least a few Tunisian fans too.  There is plenty of space for them to mill about and sit down before the match starts. 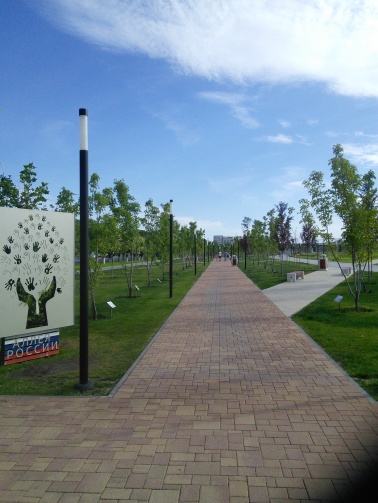 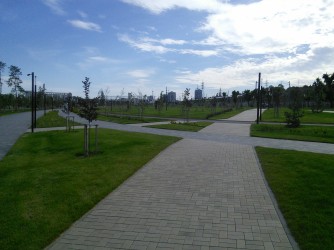 On Sunday I was in the same area, checking out Europa Mall which I had never previously got round to visiting.  It has an IMAX cinema and I had heard that it does play English language films on Sunday night – unfortunately there was no sign of that when I visited, but I found a sign which suggested I could watch World Cup matches on the cinema screen, which sounds like a good idea!

While I was at Europa Mall I checked the park behind it – this was previously known as Baku Park but seems to be rebranded now as Friendship Park.  The same thing has happened to Panorama Museum – it is now Stalingrad Battle Museum.  I didn’t explore the park in detail – I will have time for that next week – but it was interesting that such a large, pleasant looking place has been there all this time and I’ve never got round to visiting it yet!  I was surprised that you can actually get to the stadium through Friendship Park and this will probably be the route I take on Monday. 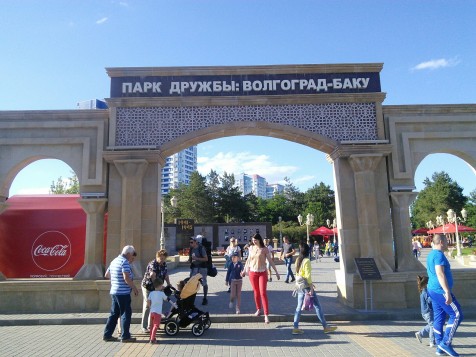 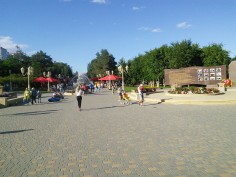 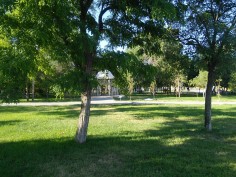 There is also a nice view of the bridge across the Volga, and another war memorial (if there is one thing Russia in general and Volgograd in particular do well, it’s war memorials).

The Opening Ceremony and first match will be tomorrow – I might miss the start of the opening ceremony because of work commitments (I will definitely miss a couple of games on Friday) but I hope to be in the Fan Fest to watch Russia play Saudi Arabia on the big screen.  Let’s go!