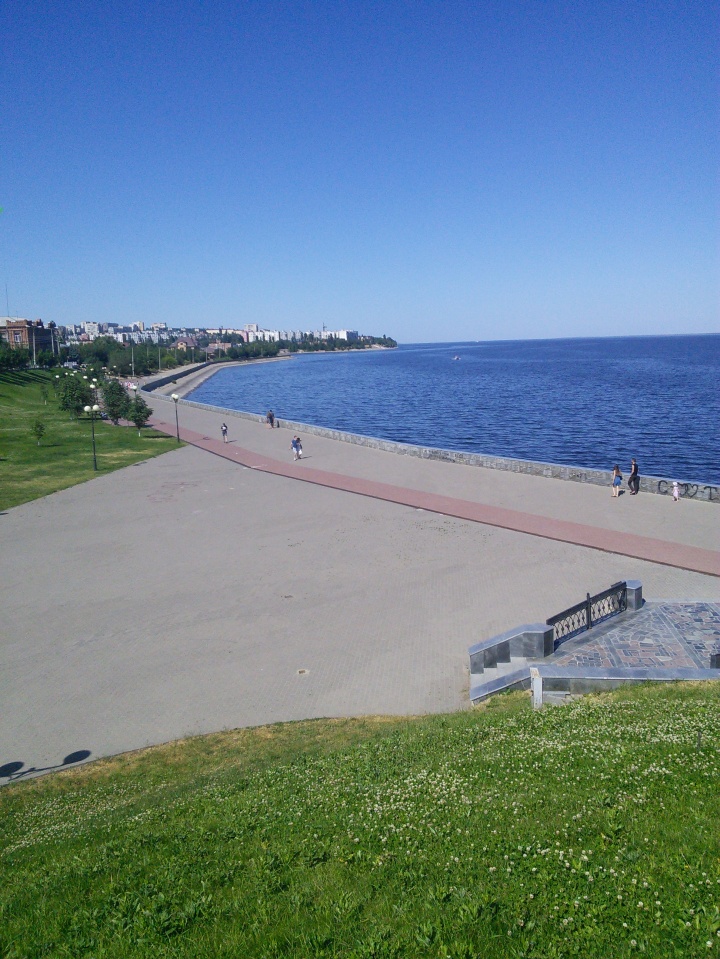 Last Sunday (17th June) rather than sitting around all day watching football, we took a drive.  My friend Janna who helped me get my football tickets had driven the long, long journey down to Volgograd  (acting as a taxi service for several paying customers thanks to Bla Bla Car!) and would be staying here a week to see both the matches we had tickets for, so this was the first time I had access to wheels since I have been in Volgograd.

Other than Volzhskiy, Gumrak Airport and Skazka Summer Camp, I had not had any opportunity to explore Volgograd Oblast beyond Volgograd itself.  There are some beautiful towns dotted along the Volga, and indeed the Don which bends into the oblast at a town called Kalach.  However our destination was to be Kamyshin (Ka-moosh-in), on the road to Saratov, the next big city to the north.

I thought we would head up the road that goes through Spartanovka but instead we turned off at Traktorniy and took a different route out of the northern end of the city.  It was a 2.5 hour drive but the road was good quality, the scenery barely changing along the way. 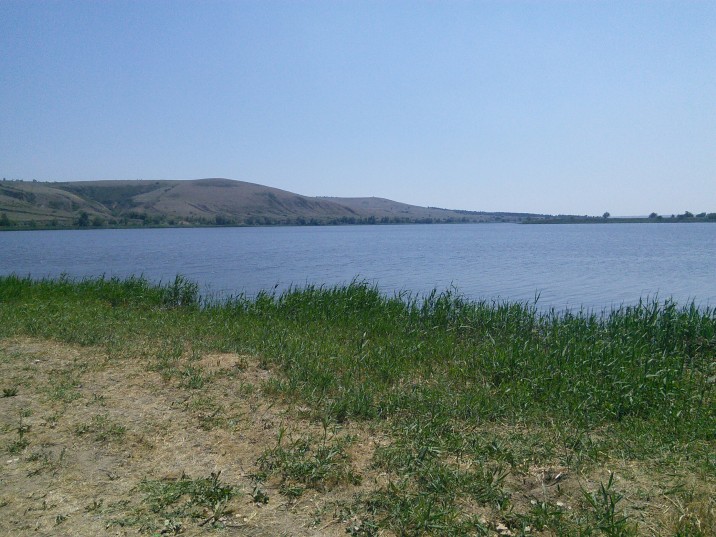 Early on we passed through the town of Dubovka, the only really large town on the route  Unlike the northern oblasts, the villages were more spread out and there were long stretches of road with no buildings at all.  We crossed several pretty rivers and even stopped at one to take some pictures (I believe this was at the historical Volga Cossack town of Gorny Balykley).

The Volga river along this stretch of road, all the way up to the next Oblast, is technically a reservoir formed by the hydro-electric dam at Volzhskiy.  Historically the river was a lot narrower and shallower and some villages, including Gorny Balykley, were partially submerged when the dam was built.

We passed a long traffic jam – thankfully going in the other direction, but we were worried we might have a long wait on the way back home.  It seemed to be as a result of resurfacing the road. 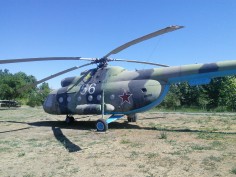 Eventually we reached Kamyshin, a small city famed as the birthplace of Alexei Maresyev, a Russian fighter pilot ace from World War II who continued to fly and fight even after both his legs were amputated.  The first place we visited was an aircraft museum, with MIG fighters and a helicopter. 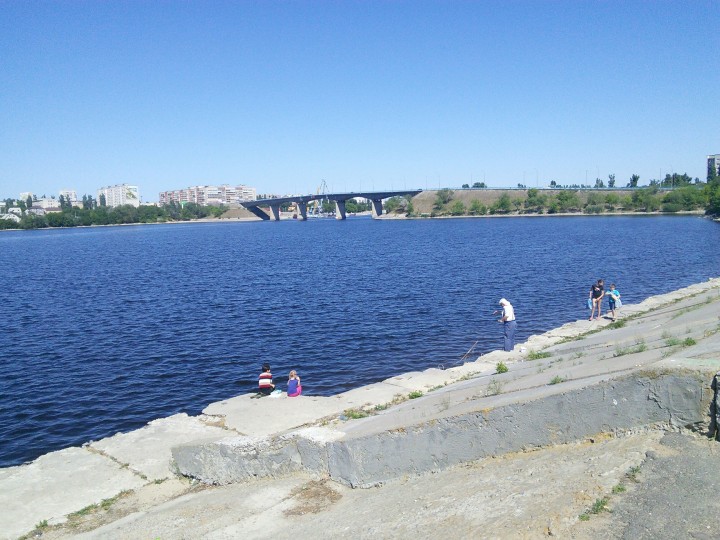 This led to the Kamyshinka River, a tributary of the Volga.  We could see factories across the river, and a large bridge.  Below us was a man fishing with a square framed net, full of hooks.  He kept throwing the net flat over the water when he saw a group of fish, then pulling it back up and dropping the fish into a bucket. 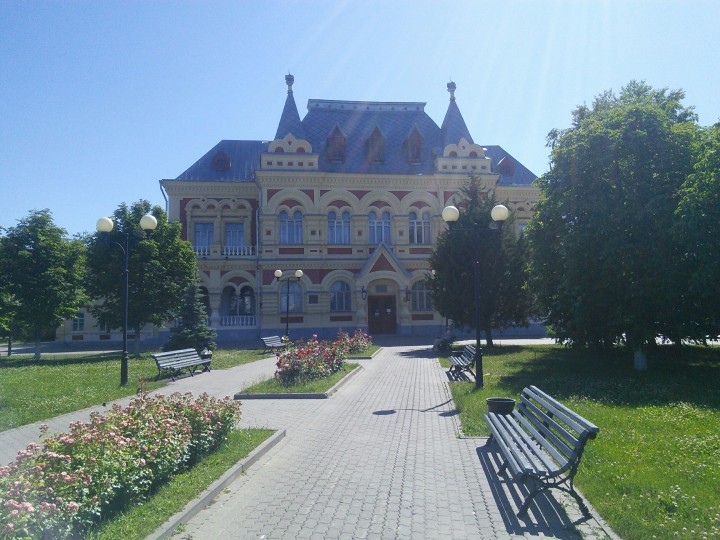 We made our way to the town’s primary attraction, a museum of lore and history.  We didn’t have time to go in.  It was a large late 19th/early 20th century building sitting above the embankment running alongside the Volga river, before it branches off into the Kamyshinka.  Kamyshin was historically significant for its sawmills, windmills and watermelons, and the Kamyshinka river was an important strategic location because further upstream it is only 4km from a tributary of the Don river, and thus an important portage route for transporting soldiers and goods by river.

We did have time for a walk through a nice park (Culture and Leisure Park in the name of Komsomol and another patriotic group), a strawberry ice cream (vanilla with actual strawberries added), and a look at an old church.  Then we decided we might still make it back in time for the second football match of the day if we set off quickly, and avoided traffic jams.

There were no other roads back to Volgograd so we had to take our chances on the same one.  Thankfully while we did have to stop for the road surfacing crew, the delay was not as long as it had been for the people we saw on the way up.  We did make it back in time for the second half.