One of the places in the city I have walked past many times and never looked inside is a museum called Pamyat.  Unpretentiously located on a back street next to a souvenir shop, it actually leads down into the basement underneath the building that now houses the Intourist Hotel but in the 1930s was the home of Volgograd’s biggest department store, and during early 1943 became the last headquarters of the German 6th Army before they surrendered.

It was only through the FIFA website that I learned this was an important historical location, and I determined I would visit it, appropriately on the day that I was to attend England’s World Cup football match in Volgograd.  The game was in the evening, we visited the museum in the morning.

The museum is normally closed on Mondays, but probably because of the influx of fans and potential customers into the city for the football match, they were open on this particular Monday.  The big foreboding grey steel door at the entrance nowadays remains open, the concrete steps down into the basement through reinforced walls almost literally remind you that you are stepping into history.

The reception desk is just beyond an ante-room, and entry was only 100 roubles, very favourable.  To the left was a tunnel with artefacts, information and reconstructions relating to the war, to the right was an exhibition with photographs of the various districts of the city during the war. 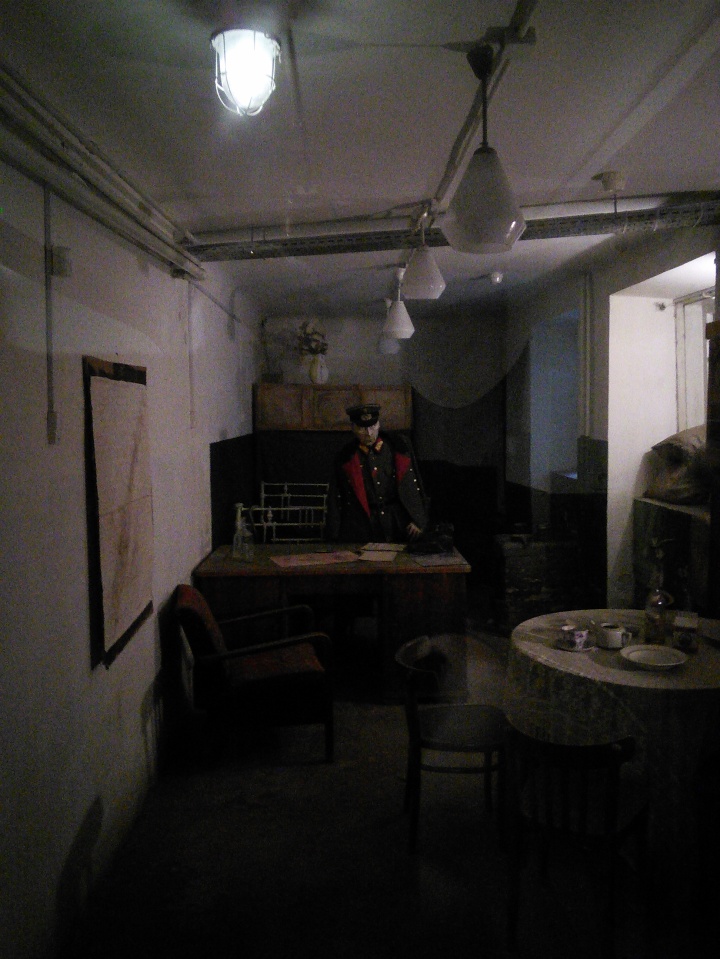 The tunnel included the very room where General Paulus, the German commander, planned the defence of the positions of the remnants of his army, and the study where he was eventually found and taken prisoner after the Germans negotiated their surrender.  But there are many other interesting things too.  There are photographs of the city before the war – some of the landmarks and buildings are still recognisable despite all the destruction.  There are depictions of life for both German and Russian soldiers, what it was like living in a ruined city, for the Germans knowing your position was hopeless.  There were examples of field hospitals, the Germans with all the equipment and medicine a modern (at the time) army could need, and the Russians forced to practice major surgery without anaesthetic on a beach under an upturned boat while bombs exploded around them (this really happened). 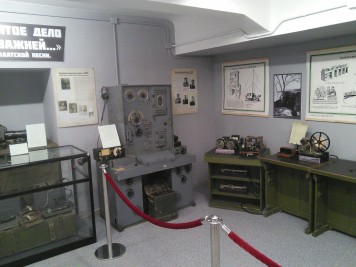 For me the most interesting aspect was seeing maps of the city with the German positions and Russian positions as the Russians closed in on the headquarters.  The same streets, the same buildings, the same locations.  For me, the Intourist Hotel is a 10 minute walk away, but for the Russian forces in 1943, every metre they gained was paid for in bullets and blood.

Almost all the information was given in both Russian and English, in contrast to my experience of both the Panorama Museum and the Russia My History museum.  I don’t know whether this was a new initiative because of the World Cup and surging interest in Volgograd’s history from foreign visitors, or whether this museum has always been so accommodating to non-Russian speakers. 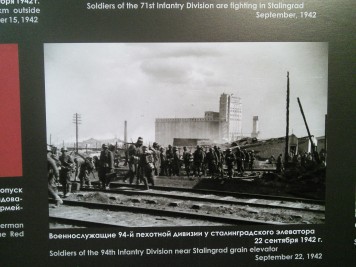 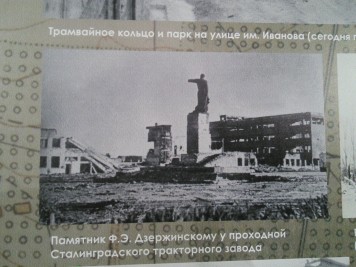 In the exhibition with the photographs I could again spot things I recognised from the city today – the statue of Dzherzhinsky in Traktorniy district, the grain elevator in Voroshilovskiy, and the monument to victims of the White Terror (Russia’s civil war) at the top of the Alley of Heroes, and a few other things.  Being able to connect the past to the present so vividly is very important and reminds you that 75 years is not all that long ago, there are people still alive who lost everything during that war.