Next Sunday I am leaving.  I will take a train to Moscow and from there a flight back to London.  I have already started packing.  Next week is my final week of teaching and this weekend was my final free weekend.  Having pretty much got myself on top of everything I need to be on top of, I found myself deciding to take one last trip around the city to check out one or two things that I had never got round to exploring.

I started off with a tram ride to Monolit station.  The station is named after the Monolit Stadium which is no longer in use.  Many of the trams stop there and turn around instead of continuing to Traktorniy.  You can spot Monolit easily by the McDonalds sign on a high post, under which is of course a McDonalds restaurant, where Ale and I had breakfast before visiting School Number 14 back in September 2016.

I took a look around the stadium, it was fenced off but from what I could see it seemed very small, not big enough for a football pitch. 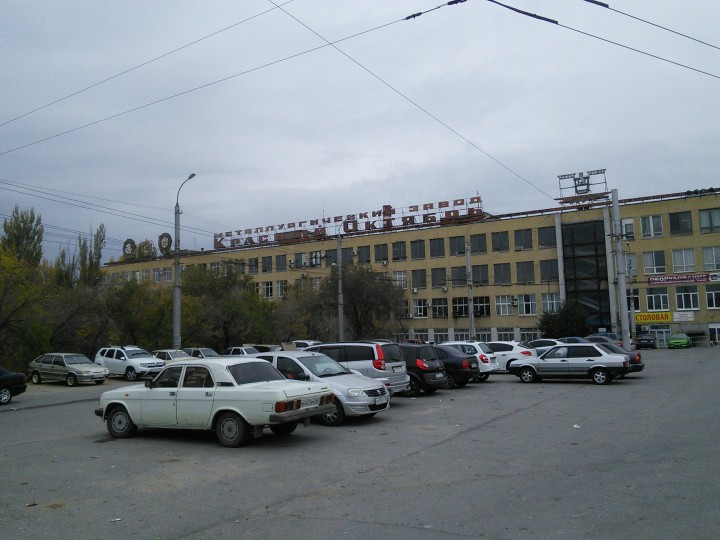 I took a walk back in the direction I had come towards the Red October metalwork factory, historically Volgograd’s biggest industrial centre, so important that it gave it’s name to the district between the Central Rayon and the Tractor Factory Rayon.  It’s a smaller operation now than it used to be, extending over a massive area, and in fact it was closed down from any manufacturing activity during the World Cup to try and keep the air less polluted than usual.  The main building has a big sign on the roof identifying it, and there are red and white chimneys behind with, presumably the year they were built, 1986 written on them.

The railway track runs alongside the factory, historically for transporting the raw materials and finished products.  Now it is just a passenger service as far as I can tell. 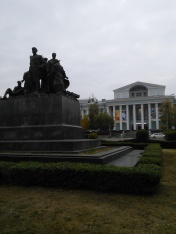 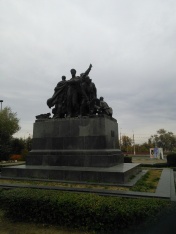 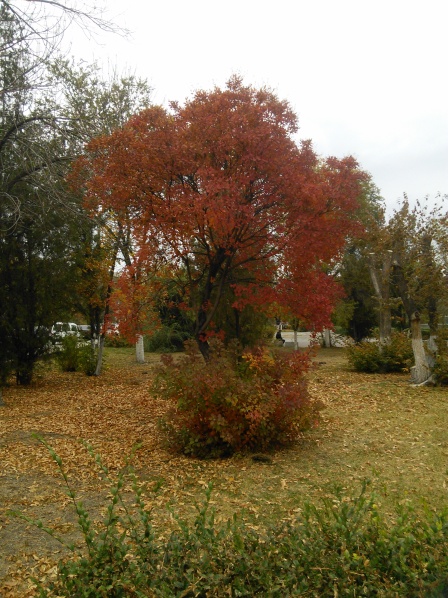 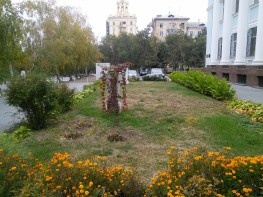 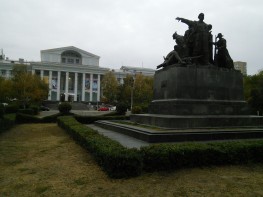 On the other side of Prospekt Lenina from Red October, I found the Tsaritsynskaya Opera Theatre.  What I love about this is it eschews both the modern name of the city and the name it bore during World War 2, and sticks to the original name which it probably used when it was first built in what was then Tsaritsyn.  A big statue of something bad happening to a crowd of people sits outside the front.  There is also a pretty fine looking clock. 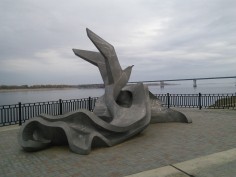 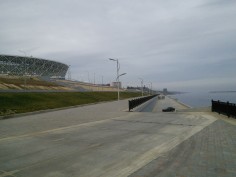 I hopped on a trolleybus back to Mamaev Kurgan (with the big statue of the lady with the sword) but instead of heading up the hill one final time, instead I skirted the back of the new Volgograd Arena and headed towards the river.  The road curved round and down so it went under the bridge across the Volga that the road alongside Europa Mall takes you over.   After spotting an eagle sculpture I crossed the road and found I was walking down on the embankment, and at one point I found a beach and was right up to the water’s edge.  There was a little drop so I didn’t try and dip anything in the water in case I fell in. 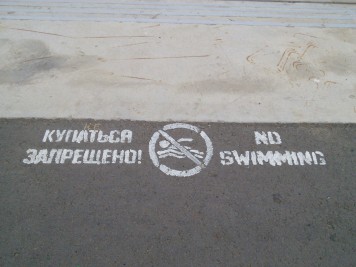 The beach didn’t look very inviting, the sand was dark and covered in caterpillar tracks, but a few fishermen were dotted along its extent.  Back up on the road, there were stencilled warnings in both English and Russian – no swimming.  I wasn’t planning on it today in any event. 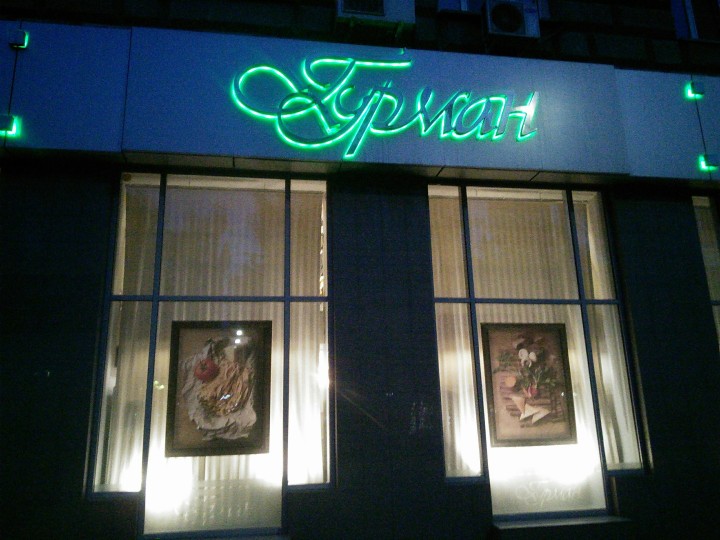 I carried on walking along the lower road until I spotted the familiar spire tower of the Panorama Museum and knew I was back near Lenin Square.  I made my way back up the hill at the first available staircase and headed back to Prospekt Lenina to do a little last-minute shopping for my dinner.  I had been out for 3, maybe 4 hours.

There was one statue I wanted to see (a memorial to the bombing victims of Stalingrad) but missed this time – perhaps I will find time between going to and from lessons over this week?  It’s going to be a busy week as I clear out all the detritus I’ve collected over the past few years and decide what will make the cut for the journey back to the UK.