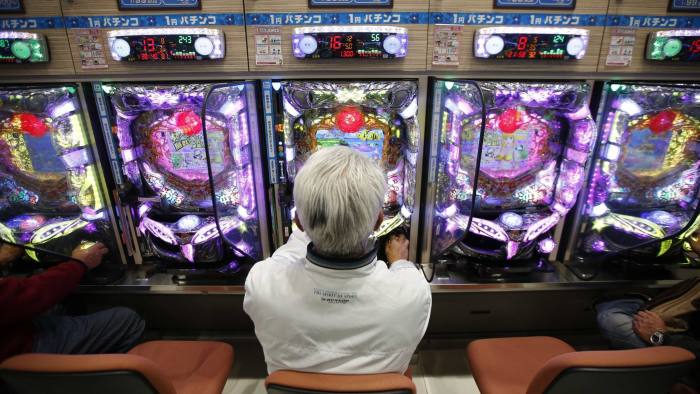 I’ve been in Japan a little over a month, and I thought I would make a list of some of the things that have jumped out at me, cultural differences that I was not expecting.

Bicycles, rather than SUVs, are the primary means of transport for families around Tokyo.  There are massive bicycle parks, cycle lanes on all the roads (although many continue to ride on the pavements), and some areas where large ominous signs warn that bicycles left will be towed (well, carried away, I guess). 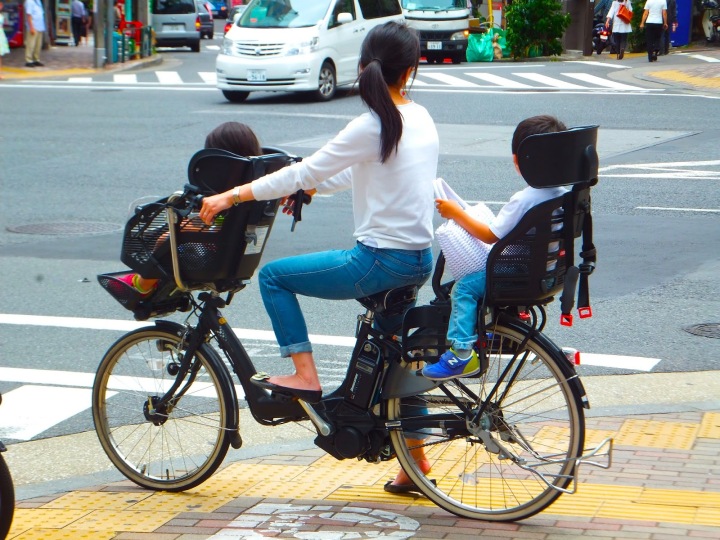 The Tokyo bikes are very distinctive and unlike bicycles I’ve seen in other cities.  They are longer, they have child-seats on the front and back, sometimes with tent-like covers to protect from the rain.  They all have a sturdy metal stand at the back so they can safely park and let the kids dismount without the bike falling over.  I haven’t seen any bike-trailers here yet, I guess they are unnecessary with these maxi-bikes.  Apparently this style of bike is called the “mamachari”

Many countries have convenience stores but Tokyo takes them to a new level.  As well as snacks, drinks and stuff like batteries and chargers, you can buy hot food, complete meals to take home and cook (called “bento”),  cigarettes and alcohol, they usually have ATMs in-store, some have benches and counters where you can sit and drink coffee.  Some have printer/photocopiers, and all have the facility to pay using the city travelcards, you can even pay utility bills at the counter (I paid my health insurance premium this way).  There are three main companies – 7-11 (from the USA), Lawson Station and Family Mart.  The local one I use the most is a Family Mart but they all generally follow the same pattern and have the same prices and products.

It is a huge surprise to me that Visa (and presumably other credit cards) are not accepted universally in Tokyo – one of the biggest and supposedly most technologically advanced cities in the world.  OK, if I was shopping in London in a market or a small shop in a side-street I might not be too surprised if they said “cash only.”  But in Tokyo, there are some pretty major chains with this policy – including a lot of the konbini, and even the Indian restaurant next door!

My bank were quite forceful in upselling their partners’ Visa cash card – and I’ll admit it is useful in supermarkets and for making payments online.  But I’ve been met with a shake of the head when I’ve presented it so many times – fortunately I have always had enough cash on me to cover the cost but one of these days I’m going to be caught out!  I have to always make sure I have a few thousand yen to hand, as well as keeping my travel card and my cash card topped up.

You cannot get McFlurries in Japanese Macdonalds!  They have ice-cream but just the standard snow-cone type.  But they do serve tapioca!  For some reason tapioca (in its black pearl format) is really popular here in drinks.  “Bubble tea” is a big thing here, basically tea with tapioca bubbles in it, but there are other tapioca drinks available, like milkshakes.

Amusement arcades for gambling are MASSIVE in Japan.  They are usually advertised as “Pachinko and Slot” – slot machines are the typical gambling machines you might be familiar with, the type you see in Vegas casinos, but pachinko seems to be a uniquely Japanese thing, involving dropping ballbearings and trying to direct them with flippers and catch them in little cups – it’s almost like pinball.  Honestly, there are two or three of these establishments outside practically every station – the biggest player seems to be a company called Western.  They are advertised with bright colours, flashing lights and often attractive, scantily-dressed female anime figures – I’m sure children must be fascinated by these places and count down the days until they are old enough to go in and play.

There is a law that gambling for money is illegal so the payouts are all in tokens, but if you go to another kind of store you can redeem tokens for cash.  It seems like a huge industry and a pretty ineffective law.

Tokyo has a plastic problem.  Whenever I go shopping I have to beg them not to give me a plastic bag – they will normally offer a couple in the supermarkets.  Even tiny purchases of one item I could slip into my pocket, they put it in a bag before they give it to me.  Then there are the supermarkets – aisles and aisles of fruit and vegetables, most of the larger ones individually wrapped in plastic or foam.  Today (at my usual supermarket) I bought a couple of peppers which were actually loose – every other time they have been individually wrapped in a little plastic bag.

Yesterday I went into a supermarket at Ichikawa, they had plastic covers for umbrellas, to stop you trailing water around, and a box to put the covers in as you left.  Surely there must be a better system?  In fairness, they are very hot on recycling – there is a strict rubbish collection schedule covering plastic bottles, recyclables, burnables and non-burnables.  But most of the plastic will end up being burnt, and I am sure that is not a good thing.

There is no graffiti in Tokyo.  Well, I can’t say for certain as I haven’t looked at every wall, but you can ride the whole length of the subway and train networks, past miles and miles of concrete barriers, walls, bridges, warehouses, and you will not see a single tag.  When I realised this and started looking for it, it was like a revelation!  Can you imagine a station in London with no graffiti on the walls and buildings the trains go past?